Maid: Hard Work, Low Pay, and a Mother's Will to Survive by Stephanie Land
My rating: 4 of 5 stars

Stefanie Land was a woman in her twenties, living in the Port Angeles region of Washington State (the Pacific Northwest) and dreaming of moving to Missoula, Montana to study writing at the University there. She met Jamie and they moved into his trailer. Within a short time, she found that she was pregnant. Jamie was adamant that she have an abortion. She decided to have the baby. He ultimately demanded that she leave and take the baby with her.

Thanks to Land's willingness to work hard at a low-paying job as a maid, she and her little girl survived a cycle of ongoing sadness, fear, stress, illness, financial exploitation, betrayal, abuse, and other trials and horrific misfortunes. This book came to be through the author's desire to record her story of desperation and obstacles as a poor single mother in the representation of-- giving voice to-- thousands of others on the same treadmill of poverty. She meticulously details the bureaucracy and bigotry that attempts to keep her stuck-- and voice-less-- as a victim. Happily, she also shares the edifying kindnesses and encouragement of people who helped to counter some of her rougher experiences, and who she looks to as guides in her journey towards a dream of a better life for her and her child.

If you saw a series of the same name and theme on Netflix, you have seen a slightly different set of stories with many different characters. The movie series was popular with viewers. The book provides more details of the six years of struggle for survival for Stephanie and her child. I enjoyed both the movie series and the book. The Kirkus Review (back cover of the book) states that this book by Lands is ''An important memoir that should be required reading for anyone who has never struggled with poverty.'' I would add that this book will likely remind those of us who have known poverty as a young adult and or single parents, how much we have to be grateful for if we have moved beyond that status. Click here to order the book or ebook.

Stephanie Land, the author, gives an excellent introduction to her book in this video trailer:
View all my reviews on Goodreads. 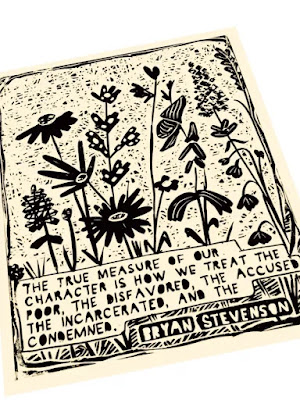 April 22, 2015
Organic Chickpea and Carrot Curry Soup Quite often I decide what to cook based on what I have in the fridge -- what veggies are malingering, waiting their turn, feeling left-out?  What precious sauce did I make a couple of days ago that is only half-eaten? Did my husband mention something about wondering what I had planned for those carrots?  That is how tonight's organic chickpea and carrot curry soup came about-- the bag of carrots that were starting to go a little brown on the tips... oh, and all those delish chickpeas that I cooked up the other day that I partly used for that yummy Avocado-Chickpea Hummus ...   INGREDIENTS 2 T. Coconut Oil 1 medium Onion , chopped 2 cloves Garlic , chopped fine 1/2 tsp. organic Curry powder (I used Mild, you pick your own bite) 1/2 tsp. Cumin seed, ground in the coffee grinder 1 thumb-to-the-joint piece of Ginger , grated 6 Carrots , chopped 2 C. pre-cooked Chickpeas/Garbanzo Beans (or 1 15-oz. can, rinsed) 5 C. Wa
Post a Comment
Read more

Make your own Haramaki to Keep Your Kidneys Happy All Winter Long...

November 30, 2022
Kidneys from "Dreamstime"  In 16th Century Japan, Samari warriors wore a haramaki-- a tight fitting piece of woven armor over their lower abdomen-- stomach, kidneys and other organs were somewhat protected.  Today's haramaki has little in common with the military wraps. In Japan there is a burst of the haramaki on the fashion scene. It is generally a tube that is knit or woven to fit over the abdomen and takes various aesthetic forms, textures and colors.   Keeping Your Core Warm Take 3 minutes to watch this video that will tell you about the benefits of kidney warmers: Along with the fashion surge, there is a recognition in Asia and cold-weather countries in Europe and North America, that the haramaki offers a solace for the kidneys and other organs in the abdomen. The haramaki (or "kidney warmer", "kidney wrap" or "core warmer"-- some of the many names it is called) will boost circulation, which is a great boon for warmth and health. It i
Post a Comment
Read more

Organic Granny welcomes you! I am an Amazon ca/com and Etsy affiliate. Thank you for your support!