The Thistle I Eat 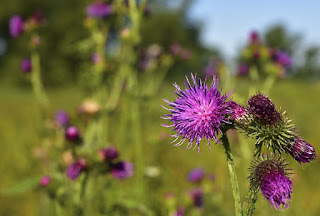 My hunch was that thistles are probably full of nutrients-- chlorophyl for sure-- and that they would be a nutritious, albeit somewhat bitter, addition to a smoothie.  I didn't think that they would be easy eating in a salad or a sandwich (similar to stinging nettles in that respect).

And then I ran across this very interesting video by Victoria Boutenko's son Sergei, who was traveling the world and presenting workshops on wild edibles.  I'm pretty impressed with what he has to say.
He mentioned some fruits that he would choose to blend with the thistle.  He also stated that peeling the stem back exposes a tasty stalk that can be chopped and used in salads like celery or cucumber (has the potential to taste like either of these).
Since I also have a fair representation of thistle in my backyard I believe that I will do a little exploring.  If I come up with any really amazing recipes, I will post them here.

Some notes on the healing and values of the Silybum Marianum or Milk Thistle:
Milk Thistle is the thistle I believe my friend is referring to since it is the thistle that grows rather prolifically in my yard, and we live in the same community. Milk thistle has been used in herbal medicine in Europe, Asia, and the Middle East likely right back to Biblical times.

In the video with Sergei, he explains that the prickly thistle was probably hybridized to create today's various lettuces (and maybe artichokes).  An herbalist writing in 1694 says of the thistle: "


At the blog site of the Alternative Medicine College of Canada, the herbalist re-states that the Milk Thistle is a detox agent that is excellent for all kinds of digestive upsets and nausea: food poisoning, excess alcohol consumption, hepatitis, cirrhosis, chemotherapy, and even jaundice.  Milk thistle is also useful for protecting against the damage of environmental pollutants (it is high in antioxidants).  And, I like this one for me: Milk thistle may also play a role in controlling the rise and fall of our blood sugars.

Sheryl-Anne, writing from the Alternative Medicine College blog, gives this recipe for a liver tonic and digestive aid:

Add to boiling water in a cup, stir, steep and drink. 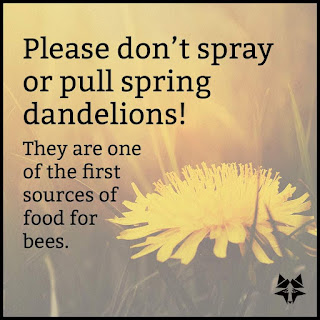 To your living health!