I got the idea for Lentil Bowl #2 by googling "mushrooms lentils"-- it seemed to me to be a lovely mix.  Of course there are thousands of variations online.  I chose the one with the image that showed a heap of mouth-watering carmelized onions on top of the lentil dish.  Then I went about making changes based on what I had to work with and what I prefer (eg., I added in the quinoa vs. a bed of rice, and amped up the portions so that this recipe makes enough for four to six servings.)
Lentil Bowl #2 with Mushrooms,Caramelized Onions and Quinoa
Precooked lentils and starches are a boon when it comes to the series of "Lentil Bowls" that I am featuring here on Organic Granny. If you soak and cook extra lentils you will speed up the whole maddeningly* fragrant cooking process the next time, and you will save a ton of money by not buying the tinned organic lentils. Just stick the left-over pre-cooked lentils and quinoa or rice into the fridge or freezer after it has cooled. What a feeling of bounty! (NB:  the scent of the carmelized onions and the mushrooms cooking will drive you mad if you don't get to eat them within the hour!)  This recipe was inspired by one at http://markbittman.com/  The recipe they used originated in Mark's The Food Matters Cookbook: 500 Revolutionary Recipes for Better Living

.
INGREDIENTS:
2 T. Coconut Oil, (or more as needed)
2 large organic Onions, halved and sliced thinly
1.5 lb./600+ g Mini Bella Mushrooms, cleaned and sliced (or your choice of mushroom)
3 C. cooked brown or green Lentils, drained
1 tablespoon Dill Weed, dried (more if fresh Dill is used)
1/2 to 1 C. Boiling Broth (Mushroom boullion cube is nice)
2 C. pre-cooked Quinoa (can be cooked at the same time in another pot)
Salt and black Pepper
1. I use a Dutch Oven to cook in.  You could use a very large skillet or wok.  Put 2 tablespoons coconut oil in one pot over medium heat. Add the onions when hot and stir frequently as they cook until they are honey brown (but never let them burn), for maybe 15-20 minutes; remove to a warm bowl.
2.Add the fresh mushrooms next, and reduce the heat to medium-low. Cover the pot and let the mushrooms cook, with no stirring or peeking until they release their liquid (about 5-10 minutes). Remove the lid. Stir occasionally, continuing to cook until the mushrooms are somewhat shrunken, dry and even a little crisp, (up to about 10 minutes).
3. Stir in the lentils, the boiled broth, Quinoa, and the dill weed; add salt and pepper. Cook, stirring, to warm everything through, for about ten minutes (or more, and stirring more, if your lentils are frozen). Serve garnished with the caramelized onions over a bed of tender greens-- a splash of Balsalmic Vinegar on the greens will tend to gently "cook" them (and adds a little more flavour).  Bon Appetit! 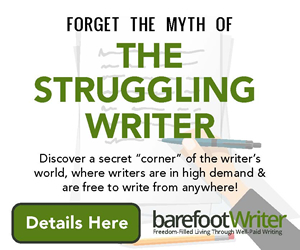